Sam Harrison, who has over 100 games on his belt for Leicester Tigers, joined the club reps at Intercontinental Hotel to celebrate the achievements of a partner club Kuala Lumpur. 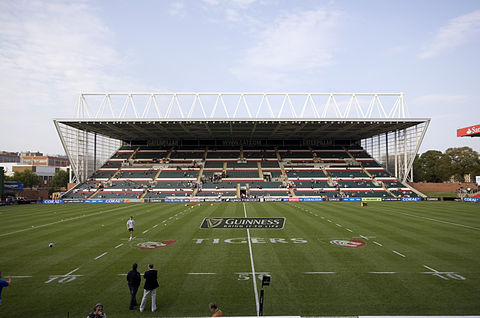 The club hosted an end of the season awards event at the hotel in a bid to inspire more success.

Leicester Tigers are committed to their global strategy in pro rugby. They focus on taking the game to the grassroots anywhere in the world; identifying and helping exceptional talents globally, and expanding the club’s brand commercially.

The plan is to get a new global partner organization every year either another club, a school or a national body. The club held its rugby camp in Malaysia in 2013 and today the KL Tigers have grown to welcome numerous players and teams of the game.

The Tigers Rugby Camp has held in Japan, Italy, the United States, the Netherlands and recently Belgium, aside Malaysia.

He asked that players in the business take serious the idea of globalization very important. He asked for more work in Asia, especially with Japan host the forthcoming World Cup in 2019. He praised KL Tigers for running 23 teams for boys and girls.

Clarke said Harrison was excited at the chance to get involved in this year’s event. He added that the player would provide inspiration to the junior and senior members of the club.